From humble computer programs for casual enjoyment to immersive universes users can get lost into, video games have continued to evolve at an unmatched pace since their conception, you can see how fast Video Game Market is growing . This rapid development coupled with an insatiable demand for video games has given rise to an absolute behemoth of an industry in a relatively short time.

The global gaming industry is estimated to be worth $159.3 Billion in 2020. Such massive growth is made possible by an ever-increasing demand for games, some of the best game development software, and the implementation of multiple revenue models (sometimes even a combination of them).

There are many ways of monetizing video games with the three major ones being:

(While there are many more revenue streams like player-trading, game subscriptions, retail purchases, etc., the above three are the most relevant and sizable ones.)

Purchasing the game for a one time cost or watching in-game ads within a typically ‘free’ game are very straightforward ways of generating revenue. The interesting side of the story comes with the DLCs and the now popular Microtransactions.

DLC stands for ‘Downloadable Content’ which basically means additional content, often downloaded later, that adds to the experience of the base game. Some DLCs might come with a price others could be free depending on the games and the content they add. But the DLC revenue model really takes its final (and perhaps more controversial) form in the shape of microtransactions.

Over the past decades, microtransactions have risen and spread, as an industry-altering revenue model within the world of gaming. This revolutionary approach towards monetizing games has inspired a mixed response. While many recognize it as the future of gaming, critics have also termed certain examples of it to be promoting ‘underage gambling’. With such drastic opinions on either side as well as its far-reaching implications for a billion-dollar industry, it is important for us to understand what microtransactions really mean.

Microtransactions are payments made by the player (with real money) to buy virtual goods (items, abilities, currencies, etc. inside the virtual world). There are numerous ways to integrate microtransactions within games but two of them stand out the most:

So far it is all fair and square, you pay a tiny amount of money to get additional items within a game. The idea might be simple and the payments may seem insignificant, but what’s worth noting is that the revenue potential of the model is enormous to the point that it has impacted the very nature of video games. Top game development companies are therefore focusing on trying to incorporate microtransactions within most games these days.

Microtransactions are changing the videogame industry

Although only less than 20% of active gamers make microtransactions, the revenues are still significant given the large player bases some of these games can attract. A tried and tested method to achieve this is through the Freemium route.

Games are often launched for free or at a very low price and the publisher relies on selling extra content or features as their primary income source. Selling an ad-free version for a small price or helping a player advance faster by purchasing an ‘XP-boost’ is nothing new or uncommon.

This revenue shift however incentivizes publishers to build games that can pull in the most amount of microtransactions rather than games the users would actually enjoy playing. Developers have been exceedingly designing games that require micropayments to be fully enjoyed or locking up their content behind paywalls even after the consumer has made a full purchase of the base game. Needless to say, this has frustrated a lot of loyal gamers, and the battle between companies trying to maximize profits vs. players trying to get the most out of the games they love continues.

The Challenges with microtransactions

Microtransactions have struggled with some major issues like player backlash, ethical concerns, and even serious damage to the publisher’s reputation in certain cases.

A good example is that of the infamous loot box/crate. These are consumable virtual items which when opened in-game, offer some other virtual item/s. These loot boxes/crates can be directly purchased or can be earned for free within the game and later require money to open them.

The contents inside the boxes are almost always randomized. Meaning the user usually doesn’t know what they are buying and despite having paid for the box, are mainly relying on luck to gain the items they desire to get.

Given the random nature of the loot, the fact that these boxes can be purchased with real-world money, and how these games have been cleverly designed to ‘nudge’ the player into spending more through these microtransactions; loot boxes have raised a lot of concerns and have demanded serious regulations across the globe even at an institutional level.

Another challenge to microtransactions is the rise of the ‘pay-to-win’ or p2w playstyle. As the name suggests, pay to win refers to purchases a player can make to gain a significant advantage over other players. When this happens, the game isn’t fair anymore.

Games provide a challenging environment where a large part of the fun is competing with other players in a race to the top. But when someone can just buy their way up into the ranks, the whole point has been defeated.

These practices often negatively impact the game as well as the publisher. An example is EA Game’s Star Wars Battlefront II who had to temporarily remove all in-app purchases before the game even launched, in light of the criticism and backlash surrounding its loot box system and player progression model that incentivized spending money.

Can microtransactions offer anything good?

Despite the criticism, most players are okay with microtransactions as long as they don’t take away the essence of the game when not purchased. When done right, microtransactions can actually be good not just for the game but also for the community that plays it.

One big advantage to Microtransactions is that they are a win-win for all. With the traditional one-time purchase model,  developers really do not have the incentive to improve upon or add to a game once they’ve made the majority of their sales. Despite being popular among fans most games eventually die out after the development stops.

With microtransactions, game development companies have the opportunity to continue building and developing games for fans who would be willing to buy the additional content. Players also receive a stream of fresh content be it in the form of cosmetics or new items that add to the gameplay, deepening the aesthetic and functional dimensions of the game.

The biggest benefit here is to the ‘free’ players. Players who otherwise wouldn’t consider buying the game at a high price. These players get access to the games for a low cost or sometimes no cost at all, and often make up for the majority of the player base when it comes to free to play games.

The right way to implement microtransactions.

There has been a lot of talk around how to design microtransactions that do not look predatory or exploitative. It seems as if prioritizing the players and their experience rather than profits can do the trick. There are three aspects the developers can focus on when trying to build a game with a healthy microtransaction system:

A fully functional, well-balanced game can go a long way in establishing trust toward the publishers, something that goes a long way in making future purchases easy and smooth.

No player should be allowed to purchase an advantage over the other. Or to make it even better; everything that can be purchased, players should also be able to earn within the game.

When players feel they are a part of a fair community, it inspires participation and competition. Players driven to improve at the game will naturally stick with it for longer.

Over the years the gaming industry and the game development process, in general, has made some giant leaps. But despite the rapid growth in technology and the availability of multiple free and open source game development software, building new games continues to be an extremely expensive affair. Oftentimes the one-time purchase model may not suffice to pay for the entire development process, which would lead to an unreasonable hike in the price of the final product. In an industry so demanding and competitive, microtransactions have turned out to be an effective and immensely scalable revenue model.

The global microtransaction market is expected to make $37.61 billion in 2020. With such high yields, microtransactions are sure to spread and will continue to gain popularity among publishers.

And this need not be a bad thing. As we discussed, microtransactions can be very good, both for the players and the publishers when done right. Microtransactions aren’t inherently evil themselves, but it is rather the ways in which they are implemented that make or break the game. Ultimately the choice lies with the publishers, classics are made when game development companies make transparent, authentic decisions and remain player-oriented.

Microtransactions must be an option that interested players can opt for in order to improve their experience of the game, and never a necessity that the rest of the players cannot enjoy the game without. The balance is difficult but also very critical. 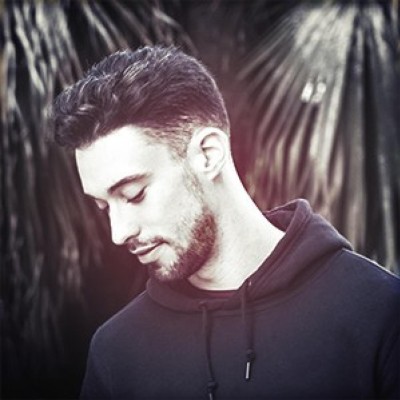 Darren Mathew is passionate about Tech, Business, and the evolving relationship between the two. He is a content curator at <a href="https://www.goodfirms.co/">GoodFirms</a> - a leading B2B review and rating platform that lets businesses compare and choose the right service provider for their needs.
darren@goodfirms.co
Click to rate this post!
[Total: 0 Average: 0] Previous post The Ins and Outs of Short-Term Loans