With Microsoft having announced the release of Windows 8.1 Update 1 at the BUILD developer conference last week, today is the day that you can finally upgrade your Windows 8.1 machines.

Unlike the last update from Windows 8 to 8.1, this update will be available through Windows Update instead of having to go through the Windows Store. In our opinion this is a good move from Microsoft as it seemed to take most people days to get hold of the update for the last release.

A number of new features have been introduced including a new search facility from the Start screen which allows you to search for content both online and offline at the same time. Metro apps are now “windowed” which means that you are not taken away from the Desktop mode and can also pin them to your taskbar.

There are also some cosmetic changes including better customisation of the tiles on the Start screen and boot straight to desktop, which was included in 8.1 is now turned on as a default option which will no doubt please a lot of the old Windows 7 users!

Microsoft have released a Power User Guide which is actually quite helpful and we would suggest you have a look at it, even if you are a tech.

Microsoft have also made available an image that you can use for all the shortcuts within Windows 8.1.1 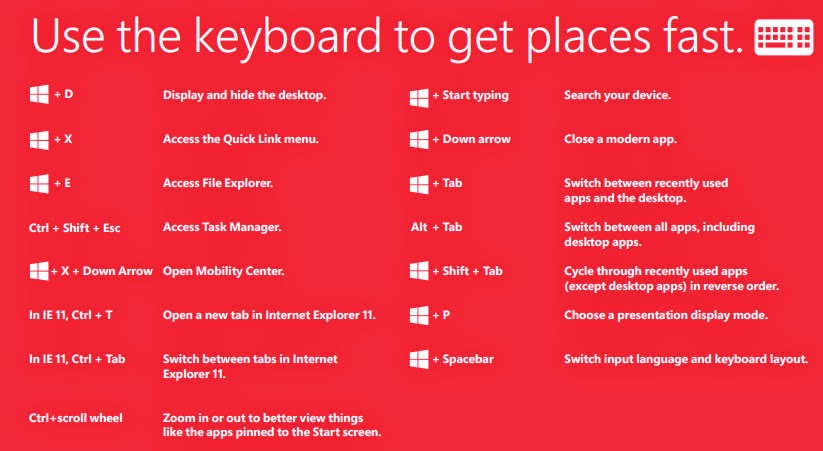 We have tested Windows 8.1 Update 1 here at TechyGeeksHome and in all honesty – we have not noticed much difference. There are some nice added features but nothing life changing – but, its free, so download it through Windows Update and at the very least keep your device up to date!

If you have any comments, please use our comments system below.